Can you exclude someone from your Will? 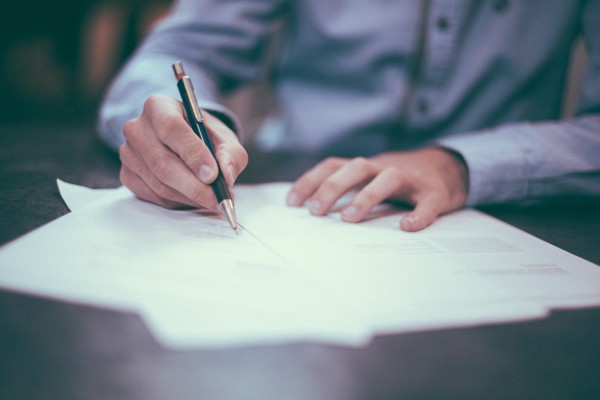 In the UK you can make a will leaving what you like to who you like.  That means you can also exclude people who would normally expect to inherit from you.

Can they still claim against your estate?

Someone may believe they have been unfairly left out of a Will, in which case they may consider making a claim for a share of the inheritance.  The decision to award them some or all of the inheritance, will be made by a court, and they will take lots of factors into account.

The decision is mainly based on whether the person has a right to a claim under the Inheritance (Provision for Family & Dependents) Act 1975.  This allows for family and dependents to make a claim – children, partners, spouses, ex-spouses, anyone financially dependent on the testator. Anyone not able to show they are eligible under this Act will not be able to make a claim.

Making a claim can be a costly and slow process and can cause family friction.  This in itself may put someone off making a claim.  Or, an eligible person may not know that they can make a claim.

However, if they do go ahead, they will need to pay legal costs and go to court to have the case heard by a judge who will consider all the facts and make a decision based on each individual case.

What are the reasons they may be successful in a claim?

The Will is invalid

– the testator did not have the mental capacity to make a Will, or it was made under duress from someone else.  The claimant will need to prove this was the case.

If someone is not included in the Will, was the exclusion a conscious decision or a mistake?

By adding a specific exclusion clause, the claim cannot be they have been ‘forgotten about’. An APS legal specialist will records notes and prepare an Exclusion statement giving brief reasons.  This information is kept on record and can be produced as evidence in the event of a claim to show that you have made a conscious decision to exclude somebody and you have not simply forgotten about them.

If there is a detailed reason why somebody is being excluded it will be considered if the case ever got to court and is likely to make your case stronger and make the claim less likely to be successful.

Sometimes we may recommend leaving a small gift to show the beneficiary has not been completely excluded, and this may not be a large amount of inheritance or residue of the estate, merely a token.  The gift may be conditional – ie., they can only receive it if they do not make a further claim on the estate.  (However, this may alert them to the fact that they could make a claim!)

By adding an Exclusion Clause, it does not stop someone from claiming but it makes it less likely for them to be successful – better to include one than not!

What if there’s no Will?

If there is no Will – one was not made or has been lost, then the rules of ‘intestacy’ apply, which means there are certain family members who will inherit in an order of preference.  If the person(s) who you wish to exclude are on that list, then they will automatically inherit.

Don’t forget that without a will, this also means that unmarried partners, friends and charities will not be able to inherit from you, if you have not made these wishes known in a valid will.

This website uses cookies to improve your experience while you navigate through the website. Out of these cookies, the cookies that are categorized as necessary are stored on your browser as they are essential for the working of basic functionalities of the website. We also use third-party cookies that help us analyze and understand how you use this website. These cookies will be stored in your browser only with your consent. You also have the option to opt-out of these cookies. But opting out of some of these cookies may have an effect on your browsing experience.
Necessary Always Enabled
Necessary cookies are absolutely essential for the website to function properly. This category only includes cookies that ensures basic functionalities and security features of the website. These cookies do not store any personal information.
Non-necessary
Any cookies that may not be particularly necessary for the website to function and is used specifically to collect user personal data via analytics, ads, other embedded contents are termed as non-necessary cookies. It is mandatory to procure user consent prior to running these cookies on your website.
SAVE & ACCEPT